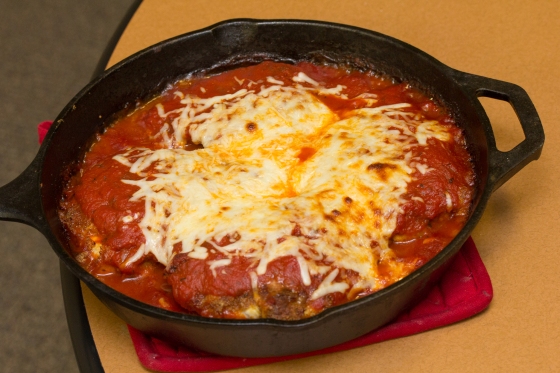 A lot of people have a recipe they keep up their sleeves. Its typically a casserole or a meatloaf… something they can just throw together quickly on a weeknight without thinking. I never really knew I had one until I decided to make a chicken parmesan. To be fair, I didn’t really decide that I wanted to make chicken parmesan. In fact the conversation with my best friend went something along the lines of this.

Me: “I really want eggplant parmesan. Too bad theres no eggplant…”

Jerry: “Don’t you have chicken…”

Me: “Thats not eggplant”

Jerry: “Its chicken… I love chicken”

Chicken breasts are briefly tenderized with a cast iron skillet (or anything heavy really), that I later used to cook them in. They are then dredged in flour, eggs, and seasoned bread crumbs, After being briefly crusted in a pan, pasta sauce and cheese join the crowd and the whole pan is sent in a preheated oven to simmer into deliciousness.

If the cast iron skillet you’re working with isn’t thoroughly seasoned I highly recommend using a foil lined pan, an enamel dish or something that isn’t cast iron by itself. Chances are, iron could leech into the acidic tomato sauce and bad things could happen. I was lucky that the pan I was using has withheld some pretty serious beating–I was just too lazy to transfer the chicken to another dish. 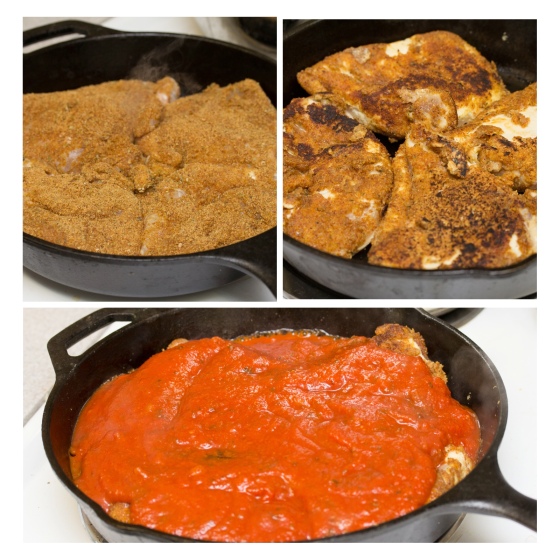 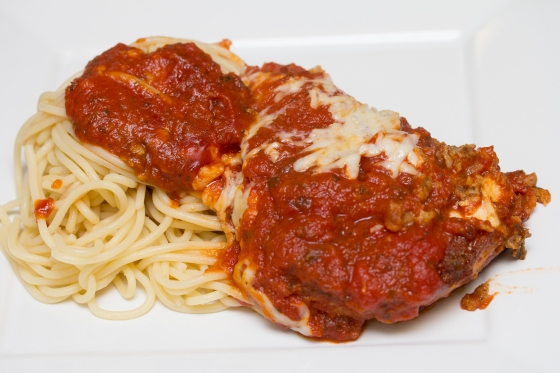