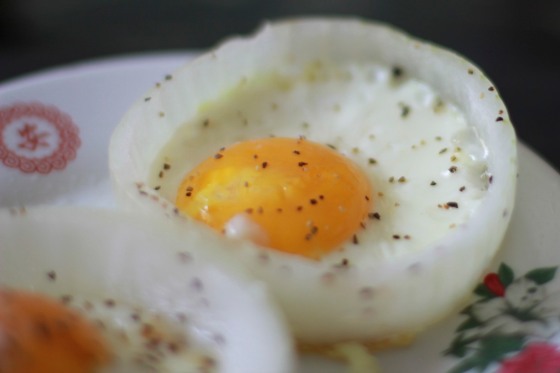 I don’t get to go home a lot. This past week was my first time home in six months after being buried in what seems like mountain loads of work back at school. But I wasn’t particularly excited to go back and experience the LA heat for the coming summer. I was even less excited to think about how bored I was going to be. I was, however, excited to get a chance to finally see my little sister for the first time in six months. I was more excited to be able to make these eggs with her 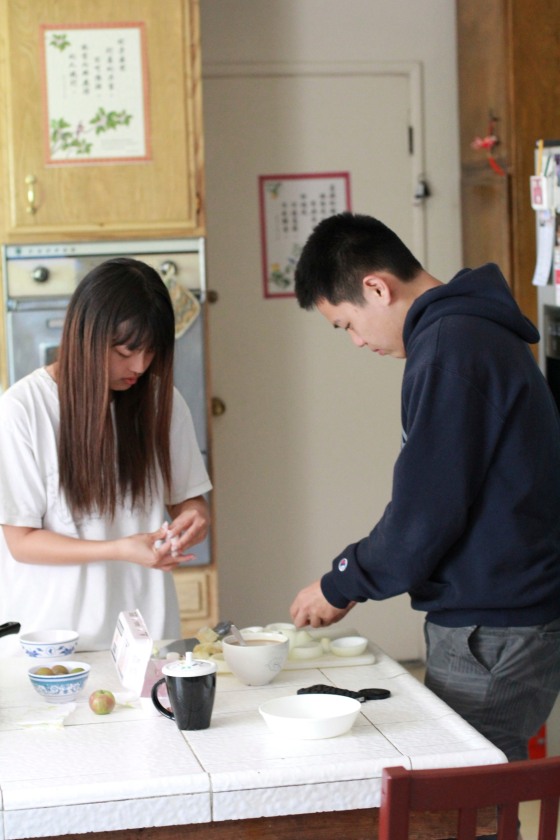 After making French Macarons with me previously, she was eager to make breakfast with me the first morning after I returned. Her boyfriend Rey joined us for breakfast that day so I was excited to work with another eager helper. Michelle was the one who came across the concept of frying eggs in onion rings. I thought it was genius. 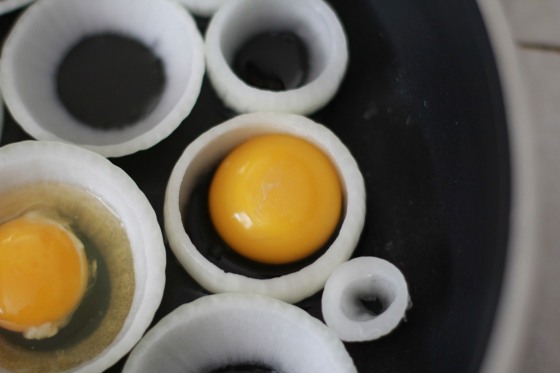 At first its kind of hard to figure out exactly how much egg will go in the onion, we cracked the egg into a bowl and filled the onions up. Michelle prefers to have her onions on the crisp side so we started with a cold pan. I personally like my onions a tad more caramelized so I’d recommend trying to fry one side of the onion for a few minutes and add the egg upon flipping the onion ring. I think this method might also help with the problem of egg whites overflowing out of the ring since it would cook on contact. It wasn’t much of a problem for us because the overflowed egg whites were easily removed for presentation. 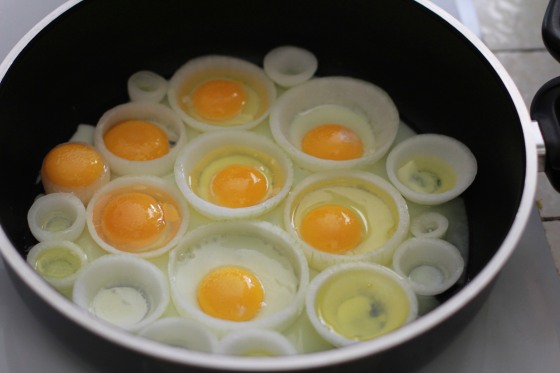 Here’s one that I was determined to make… I love egg yolks. 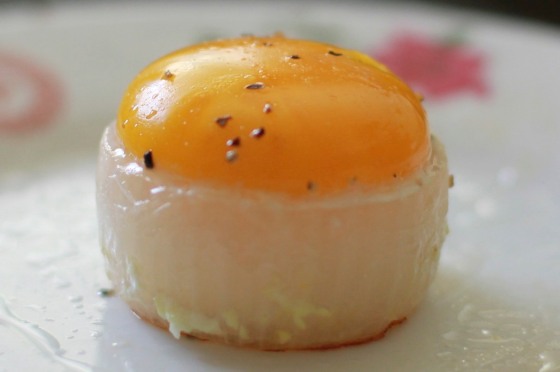