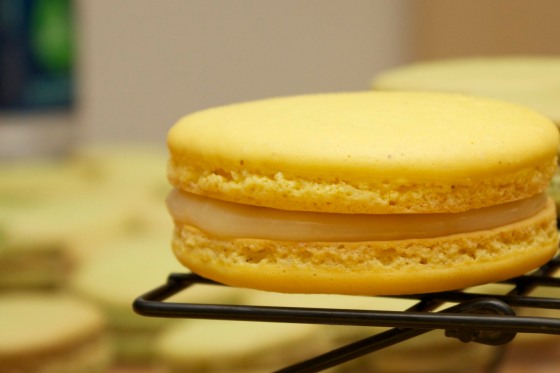 Today I will be showing you how to make macarons like those sold at Laudreé. Laudreé is known to be the creator of the modern macaron. They have been selling the now-famous cookies since the late 19th century. This batch of macarons were featured in my “Laudurée VS. Pierre Hermé” post.

Laudreé’s macarons are, in reality, very similar to the macarons that I have been making in the past. The bakery employs a French Meringue technique and the main difference between my macaron and their macaron is the ratio in sugar, egg white, and almond flour.

When making this batch of macarons, I learned the importance of letting egg whites beat to a merengue using a lower speed (I used 6 on my kitchen aid) to create a more even and less gritty meringue.

Also, this macaron recipe asks to reserve an extra half whipped egg white which is added into the folded macaron batter to lighten up the overall batter.

Mix the sugar, lemon zest, cornstarch, eggs and lemon juice together in a saucepan and heat until it simmers.

Allow to cool for 10 minutes. Add the butter and blend.

Refrigerate for 12 hours in an airtight container.

Mix the almond flour and icing sugar in a food processor then sieve.

Whisk six egg whites until they foam then add a third of the granulated sugar and whisk until dissolved. Add another third, whisk then add the remaining sugar and whisk for one more minute. Fold the sifted almond flour and icing sugar into the egg whites. Add the food colouring. Beat 1/2 egg white and add to the mixture.

Remove baking tray from the oven and pour a tiny amount of water in between the tray and the parchment paper, so the macaroons peel off easily. 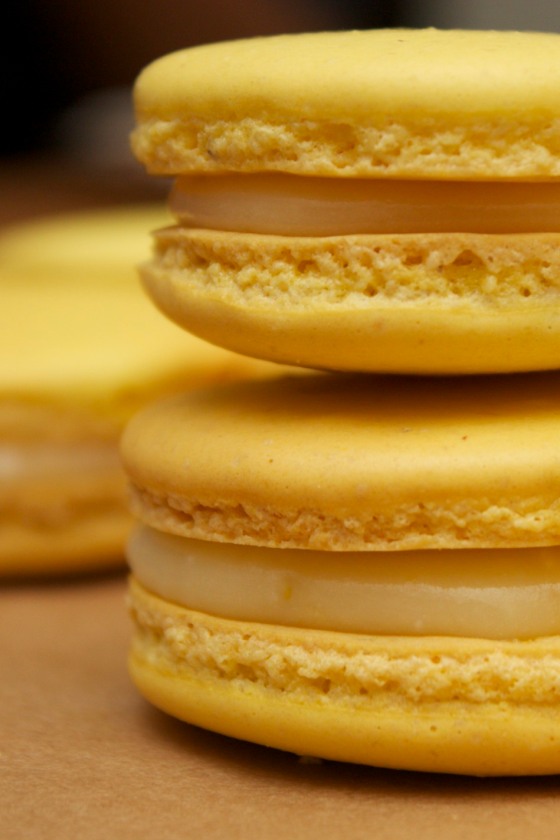