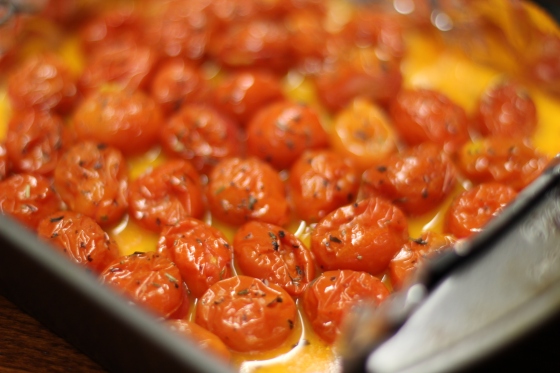 To be honest, I don’t like cherry tomatoes. I hate them. They’re probably one of my least favorite ways to eat a tomato. Something about their almost sweet and tangy taste, it just doesn’t do it for me. I spent over half my childhood being force fed these tomatoes raw. I never thought that my feelings for cherry tomatoes would change

Right now, the university is in an awkward lull where summer session hasn’t quite started but there are orientations and early move in students already settled down (like me!). With an abundant amount of dining points for the new summer, I headed towards one of our on campus market places and mindlessly picked up a carton of cherry tomatoes thinking that I’d have a healthy dinner.

I remembered my despise for these things at the register. Too late, or I thought.

This is one of the few times where I was confident enough to throw something fast and simple together. This was a concept I’ve had, a concept that I’ve seen work in other forms but haven’t necessarily tried in person. I was tired of the same old sweet and tart cherry tomatoes. I wanted something that would be a perfect side dish. 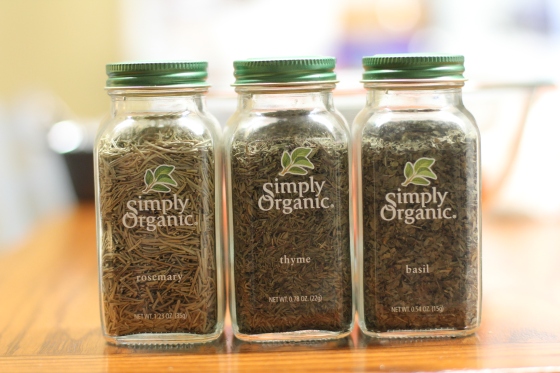 I ended up with this recipe, it worked out pretty beautifully for me! I will note that I wish I drained the juices a bit better because I personally wanted something that was a little less saucy.

I ended up eating packed microwave food for dinner. I thought it was still relatively healthy; well kind of.